I was honoured and privileged to meet Sherry Holley at Junkyard Dawg Studios on Sunday.

Sherry is the daughter of Larry, the brother of Buddy Holly.

Born and raised in Lubbock, Texas, Sherry grew up in the shadow of the musical legacy of her famous Uncle, and carries on his legacy with her own country / blues / gospel influenced style as well as being an accomplished Visual Artist. 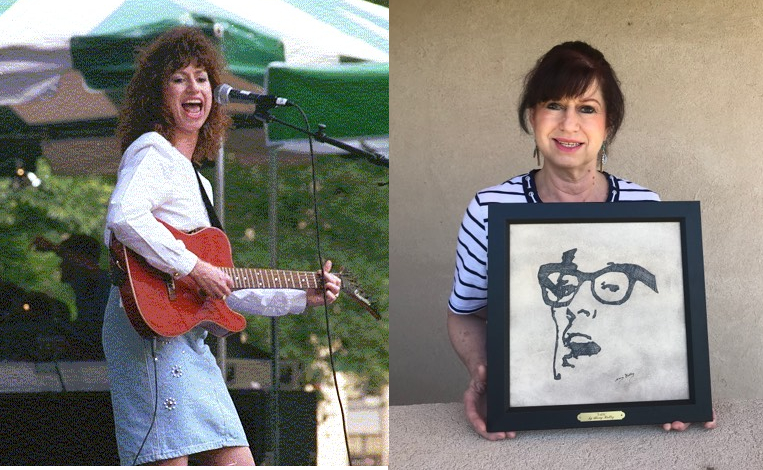 Sherry was in the UK to celebrate Buddy’s birthday and mark the date with a one off UK performance with Jamie Bell and The Baldy Holly Band.

In addition to the gig in Gateshead on Saturday night, Sherry managed to fit in 2 Radio Interviews with Jamie on BBC Radio Newcastle and Mod Radio. You can hear the interview on Mod Radio with John Cumberland in full here. 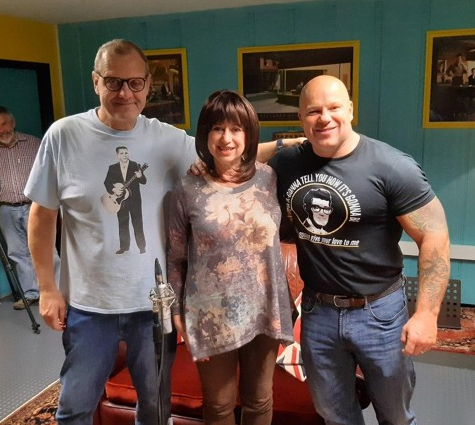 I was lucky to meet up with Sherry, Jamie and the rest of the guys at Junkyard Dawg Studios in Shildon – the brainchild of local larger than life character and lover of music (especially the Big Bopper) John Cumberland. With the expert help of Dimmer Blackwell, John has produced something very special here – an ideal environment to support musical creativity and capture the results.

If you haven’t been to the Studio yet get in touch with John or Dimmer and I think you’ll be very pleasantly surprised. 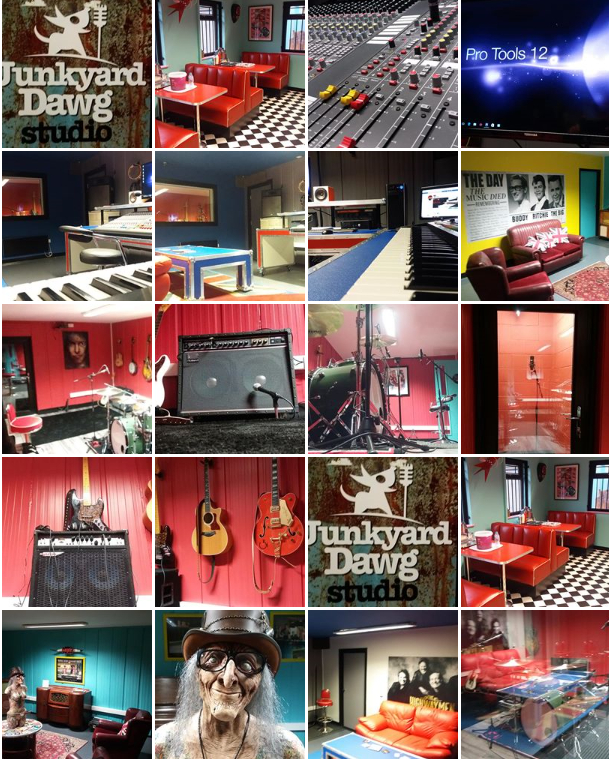 When I arrived Sherry was busy working with Jamie and the guys from the Baldy Holly Band when I was fortunate enough to spend some time with them and listen to them recording a couple of very memorable tracks. 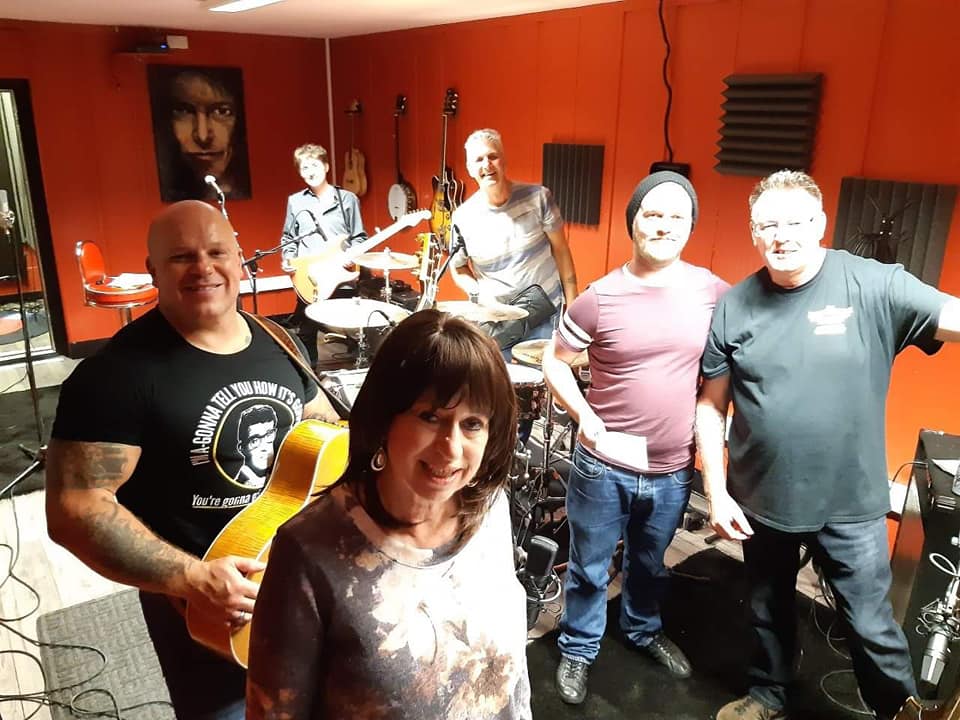 They managed to get 14 Tracks down in one long session due to a lot of hard work by all concerned and the expert sound engineering courtesy of Dimmer Blackwell – definitely a Master of his craft. 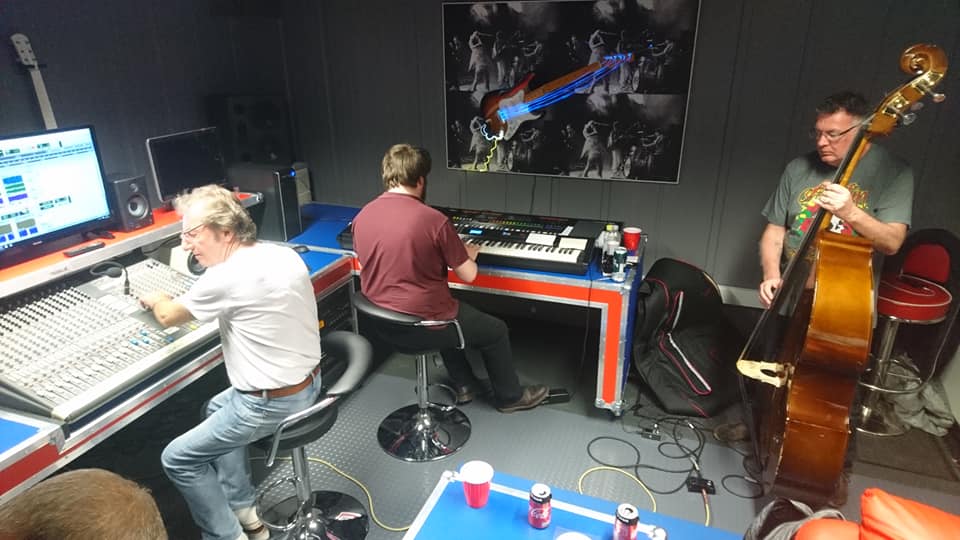 The whole setup was so relaxed and sounded like Sherry and the band had been together for years, with great vocal harmonies between Jamie and Sherry – pure Magic. I can’t wait to hear the Album which will be released shortly – watch this space!

So to celebrate Buddy Holly’s birthday and mark Holley’s trip to the UK where she managed to cram in so much music, I thought it was only fitting that I should present her with one of my guitars to take back with her to Texas. I know Buddy played a Tobacco Sunburst Strat, but I though a Tele would be more Sherrey’s style so I was very pleased to present her with Cassidy Bluesville Series BV511 in Tobacco Sunburst.

A totally unexpected surprise for Sherry, and she was absolutely delighted.

I look forward to hearing her in action with her new guitar when she get’s back home to Texas. 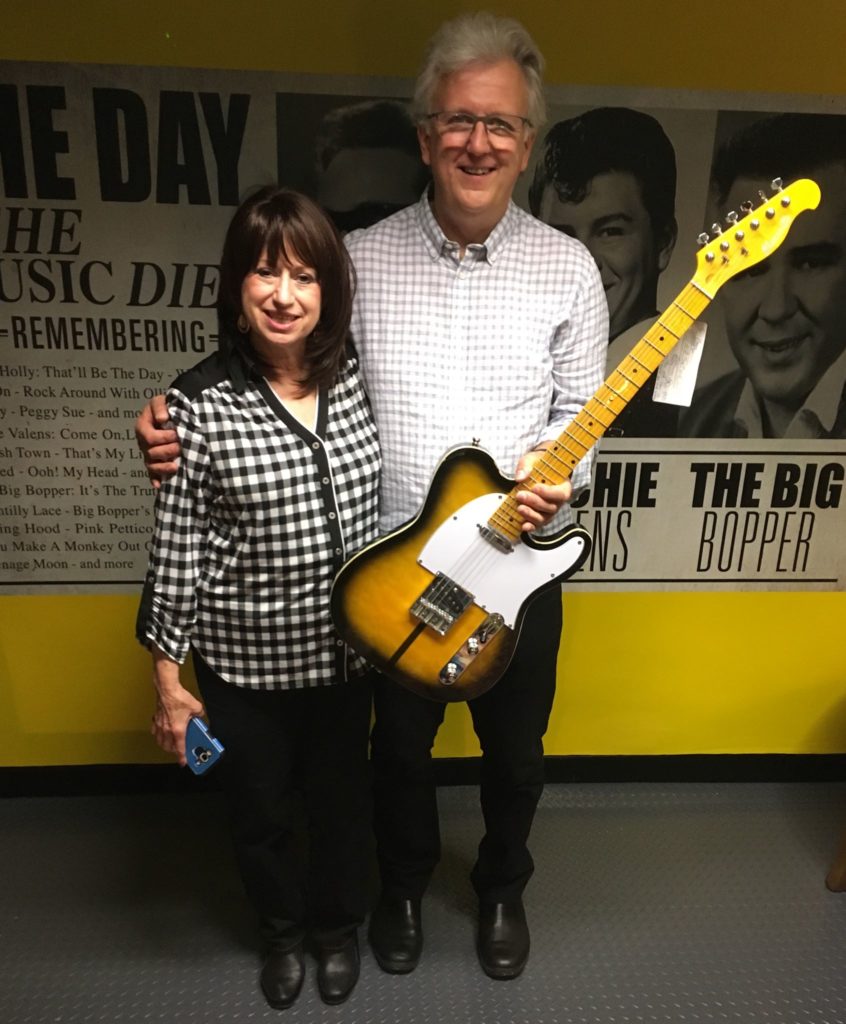