the bopper and me 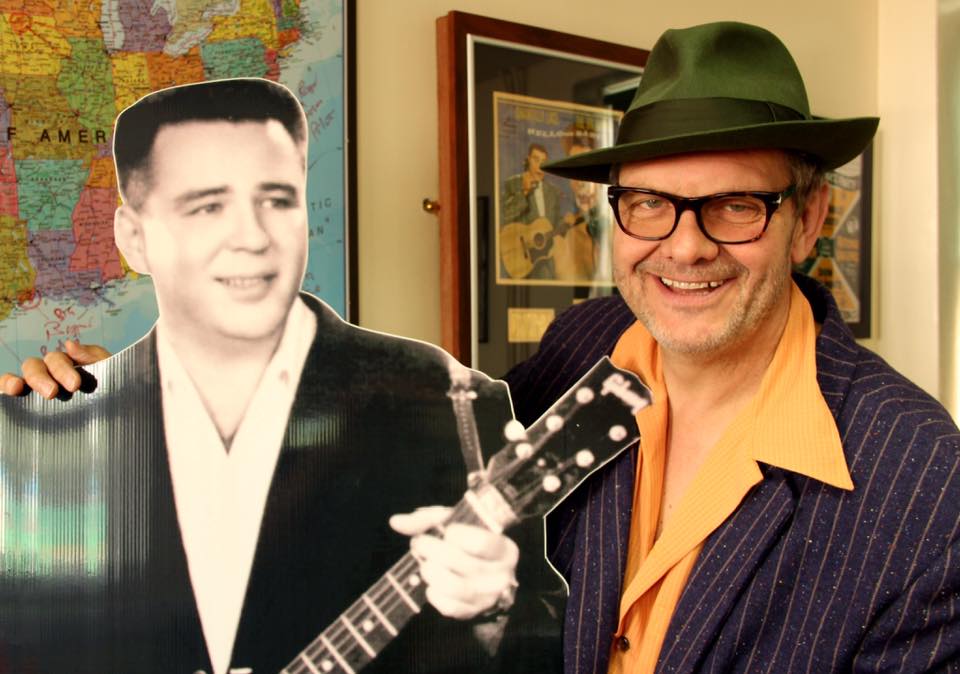 A Scrap Metal Merchant from Shildon leading a campaign to get JP Richardson aka “The Big Bopper” inducted into the Rock and Roll Hall of Fame? This may sound like an unikely proposition until you meet John Cumberland and sit down and talk to him about what has become a major focus of his life over recent years. John’s engaging personality and dogged determination combined with the enticing story of the Big Bopper may just be enough to pull this off….

It all started about 7 years ago when John Cumberland was dreaming up a catchy advertising jingle for his Scrap Metal Recycling business based in Shildon, County Durham, UK. It was at that moment that “Helloooo Baby!” came to mind and John recorded his jingle based on a rewording of “Chantilly Lace” which became an instant hit when broadcast on a local Radio Station.

From that point John has spent much of his spare time (and a fair amount of cash) exploring the legend of the Big Bopper and leading a campaign to have JP Richardson inducted into the Rock and Roll Hall of Fame.

John’s interest led to a string of song writing credits including “Bopper and Me” recorded at the Sugar Hill Studios in Houston, Texas where JP recorded “Chantilly Lace”. This recording was completed as part of John’s tour of the USA including TV appearances and visiting all of the significant places tied up in the Big Bopper story which is likely to be released as a documentary during 2019.

John’s passion for music led to him setting up Junkyard Dawg Studio with a definite 1950’s theme with really well thought through spaces for chill out, refreshment, performance, sound recording / mastering and CD production. 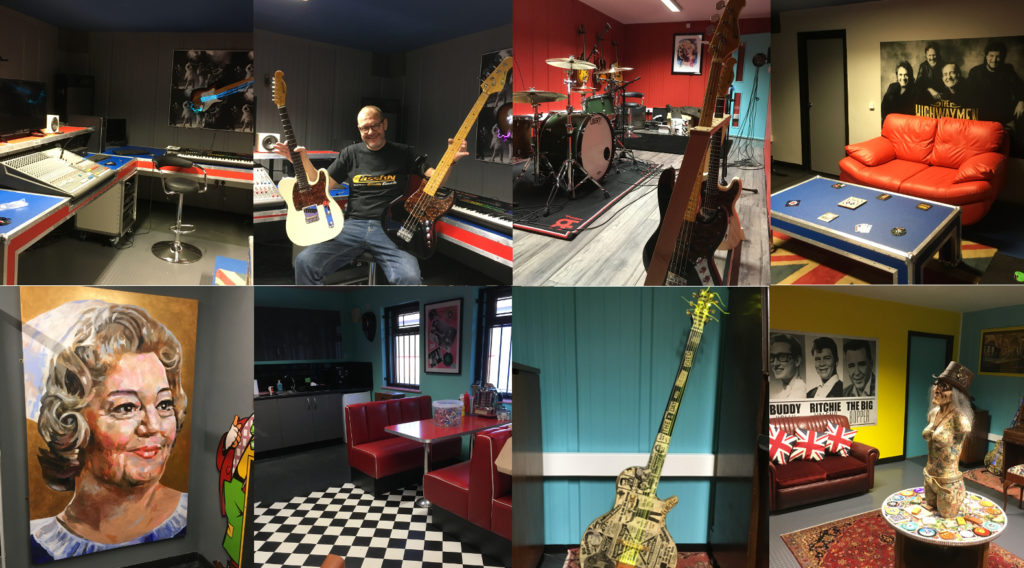 The studio is also the home of Mod Radio which broadcasts a mixture of live and recorded shows 24/7, plus high quality live broadcasts of live performance from the studio. 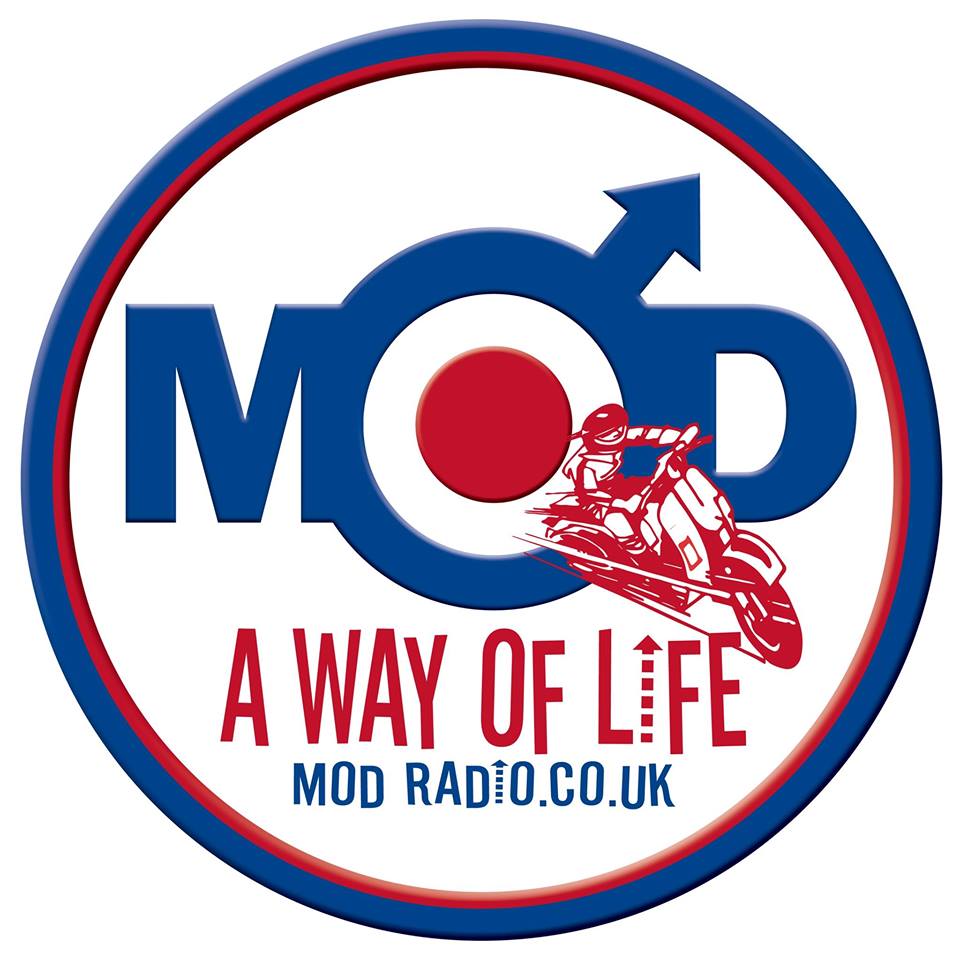 In equipping the Studio John was keen to source products locally wherever possible which brought him to Cassidy Guitars. John had already engaged Liberty Drums to supply one of their fine Drum Kits and Swan Flight Cases to build the recording console. John got in touch and came along to the Cassidy HQ and decided on a contrasting pair comprising of a UK Custom Built JB type Bass and Classic T type Guitar. These would be built with Vintage style Hardware and Pickups and to include the “Big Bopper” theme they would both have Custom Leopard Skin effect Scratchplates to reflect JP’s taste in Jackets. 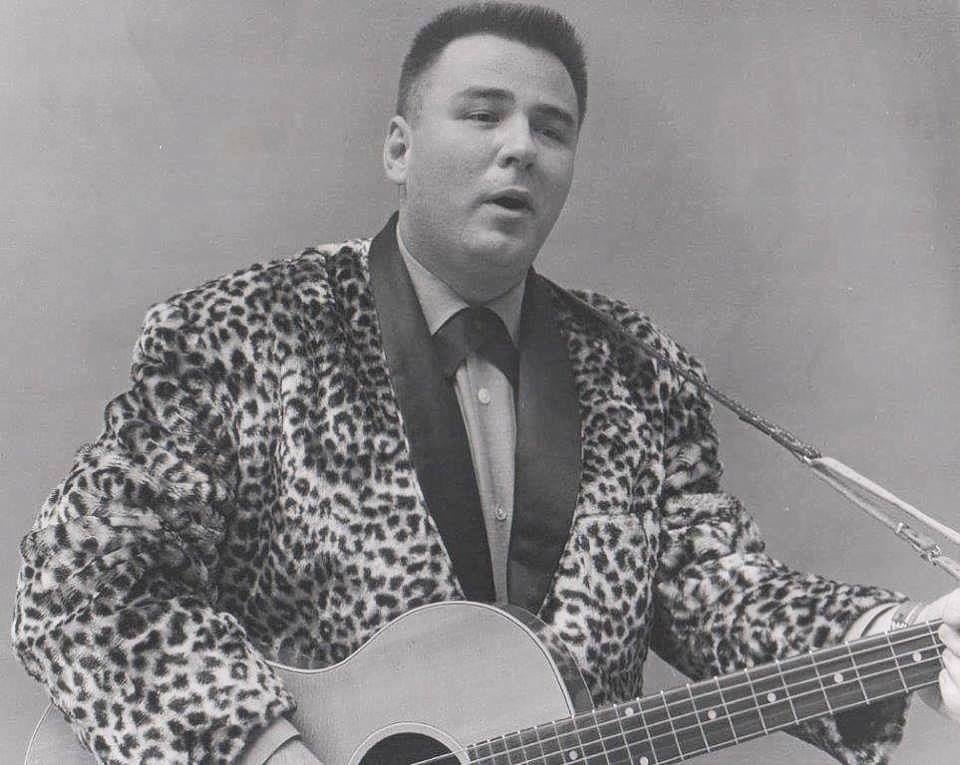 A couple of weeks later after sourcing a range of quality components and going through our usual meticulous build and setup process both were finished and delivered to John at Junkyard Dawg Studio. I reckon they’ve gone to a very good home and they are in for a life of adventure in a very special environment designed to inspire and capture the creative process of producing music. 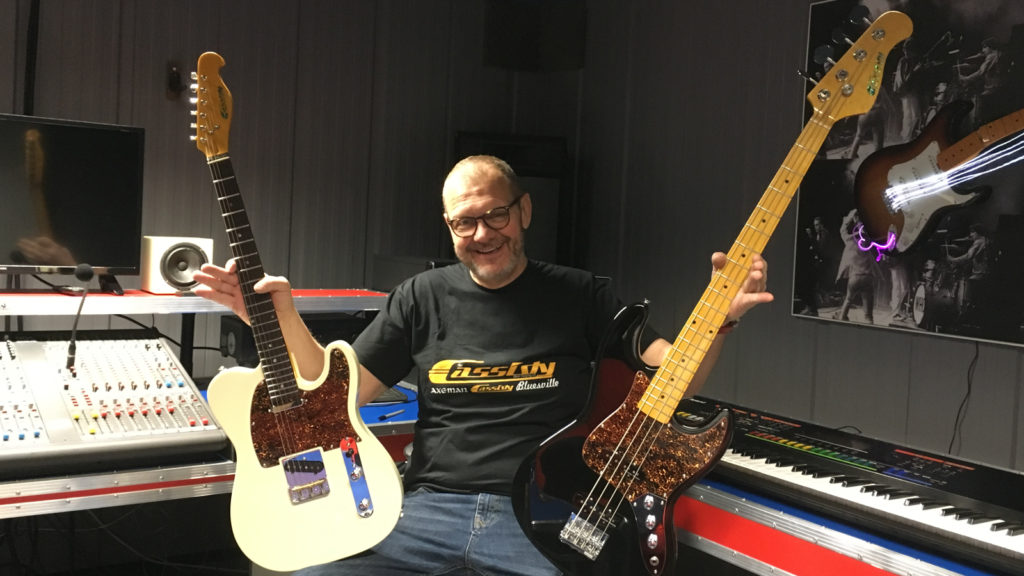 If you’re ready to record your album give John a call and book some time in what would be a very memorable experience for you at Junkyard Dawg Studio.
In the meantime we’ll update you on progress on John’s documentary and hopefully reporting on JP being inducted into the Rock and Roll Hall of Fame very soon – in the meantime keep an eye on John’s Artist Page and keep up with campaign developments on John’s “Bopper and Me” website. 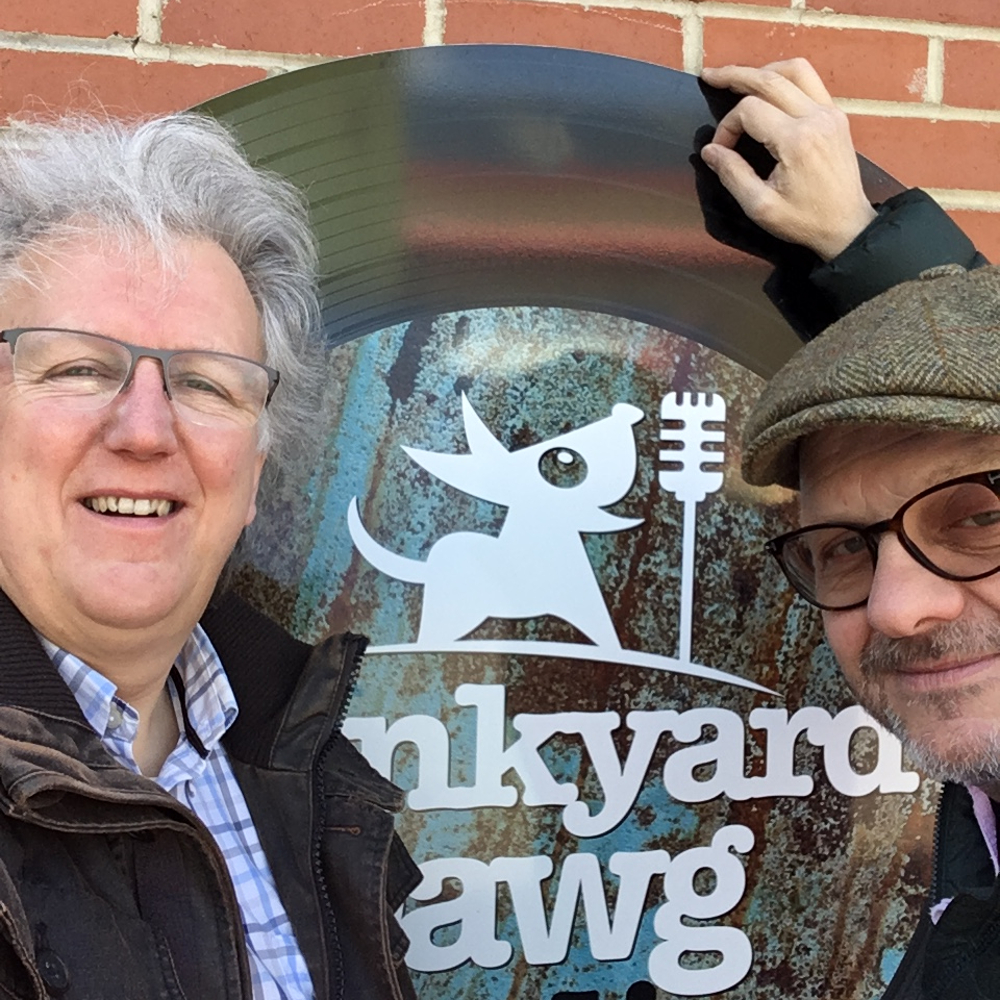 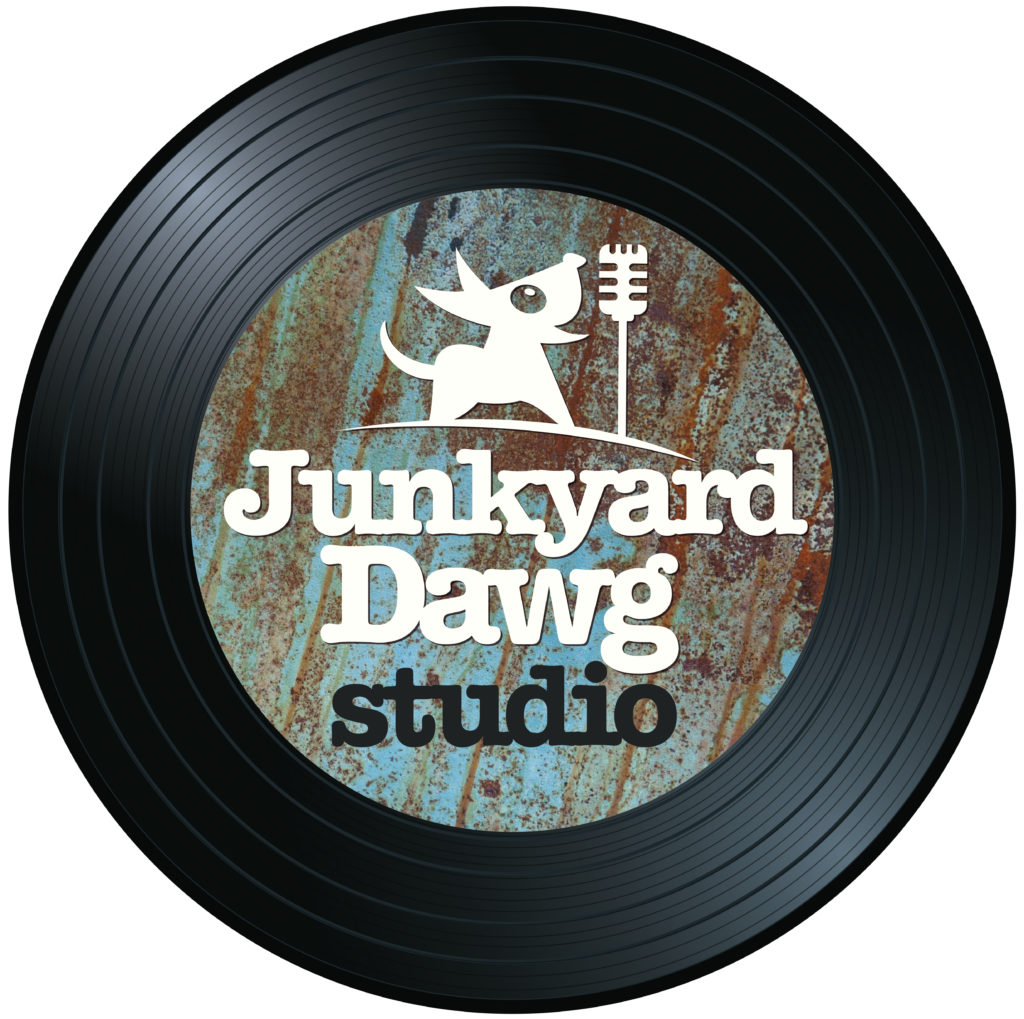