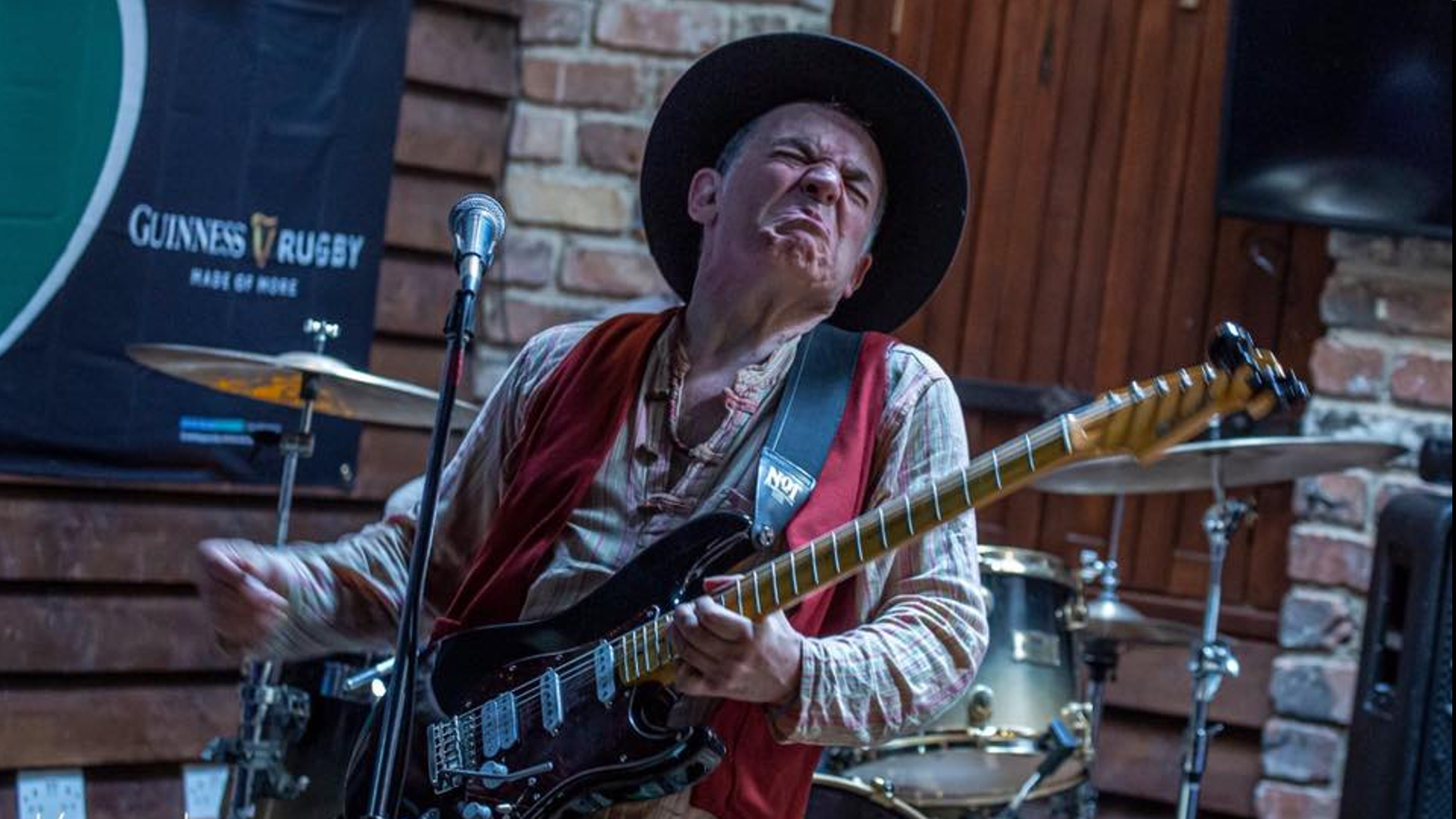 Robin Bibi has to be one of the busiest gigging Blues / Rock Guitarists in the UK, and as anyone who has seen him will confirm he is definitely at the very top of his game.

Taking his influences from the full spectrum of legacy Blues Artists mixed up with a hint of Stevie and a splash of Jimi, Robin adds his own personal style with a level of vitality, passion and tasteful dynamic playing that never fails to impress.

Robin’s full Discography outlines a lifetime of dedication to the Blues.

We’re currently preparing a couple of our special guitars for Robin which you’ll see in action with him very soon. A Cassidy Blackwell CA551C Electro Acoustic and a Cassidy UK Custom Built ST in Alder with a Hot Pickup specification built to Robin’s own secret recipe…

Widely regarded as a local legend and National Treasure on the UK Blues circuit, check Robin out on facebook and his website or at one of his many upcoming live shows.